It was a dark and stormy night; the rain fell in torrents – except at occasional intervals, when it was checked by a violent gust of wind which swept up the streets (for it is in London that our scene lies), rattling along the housetops, and fiercely agitating the scanty flame of the lamps that struggled against the darkness. 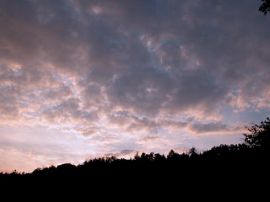 This is the epic first sentence from Edward Bulwer-Lytton’s novel Paul Clifford.  The opening line to a novel that is remembered by all, even though the author who wrote those words usually is not.  This is mostly attributed to the fact that the rest of the novel fails to stand up to that memorable line.  The first sentence of any book, short story, essay, etc. is the first relationship that a writer has with their readers.  If a writer does not “wow” their readers with the first line, the writer will struggle to mesmerize the reader through the rest of the text.

I find this especially to be true with Horror writing.  Unless you can creep the dickens out of your reader in the first sentence or completely pique their interest, they will put the book down and walk away uninterested because you did not rile that sense of dread or fear that they were looking for in selecting a work of Horror.

Make your first sentence be like a punch to their guts.  Get them sick to their stomach, gasp in horror, or tremor their hands in terror.  Stir up your reader’s fight or flight instinct.  Cause their adrenaline to surge.  They will be hooked and then devour every word that comes after that first sentence.  Keep their fear ramped up throughout the rest of your tale so that their fear high never dies.  Humans love to be scared.  We love to be terrified long after we close the cover of a book and place it back on the shelf.  Cause a terror in them that will last long into their nightmares.

Make your story be the most memorable.  Kill them with your first line.

©2012, Attribution-NonCommercial-NoDerivative – visit  Amanda Headlee — It is Always Darkest Before the Dawn for the original source of this content.

It’s nearly time for all the monsters, creatures, and things that go bump in the night to start their shenanigans… Monster-Mania 48!
When one of your team members goes to the biggest candy store in the US and finds Happy Hippos…
All setup and ready to go at @horrorsideshowmarket
Halloween KILLS tonight ☠️🔪😈